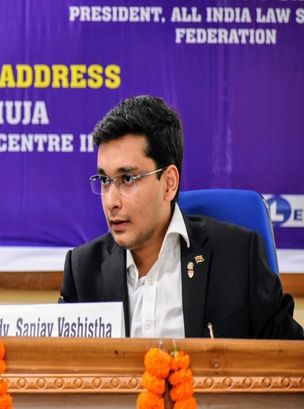 Mr. Sanjay Vashishtha is a LL.M in Comparative law from McGill University Canada and MSc in Criminology & Criminal Justice from the University of Oxford. He is a practicing attorney at the Supreme Court of India and a visiting lecturer of Criminal Law at Lloyd Law College, Noida as well as the course instructor of Criminology at Eastern Book Company. He continues to be affiliated to University of Oxford as a Research Associate with the Department of Criminology.
Mr. Vashishtha is actively involved in various human rights projects across India. He is the founder of the think tank “Disability Rights & Mental Health Research Foundation India” that was launched with a quest to address wrongful convictions and provide better access to criminal justice system for persons with disabilities.
Mr. Sanjay Vashishtha has published extensively in prestigious national and international journals/platforms including, Oxford, York University etc. on various topics such as reparation for the victims of gender-based violence, acid attacks/Vitriolage, policing etc. and has successfully argued several noted matters before the High Court of Delhi and the Supreme Court of India. He is a member of the Supreme Court of India Bar Association, Indian Police Institute, Innocence Project and affiliated to University of Oxford as a Research Associate. His interests include sentencing, evidence-based policing, restorative justice, evidence law, criminal justice policy and evidence-based policing. 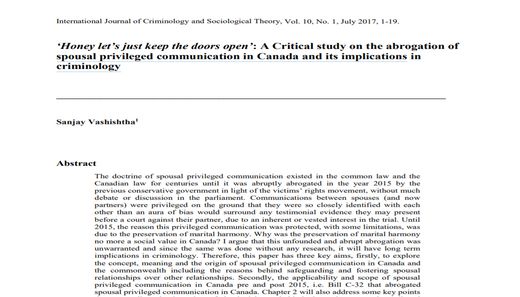 ‘Honey let’s just keep the doors open’: A Critical study on the abrogation of spousal privileged communication in Canada and its implications in criminology 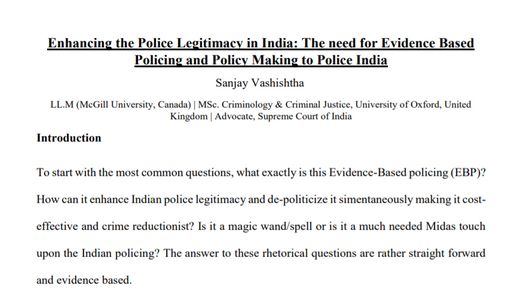 Enhancing the Police Legitimacy in India: The need for Evidence Based Policing and Policy Making to Police India