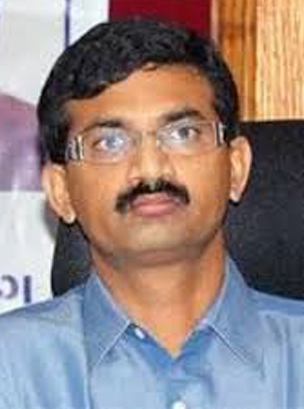 Mr. Vikas Sahay is an IPS officer of 1989 batch and was trained at Sardar Vallabhbhai Patel National Police Academy, Hyderabad. He took up all important assignment of UN Peace Keeping Mission, where he stayed at Bosnia-Herzegovina during 1998-99. Post the Mission, Mr. Sahay has held numerous important positions in Police Department such as SP Anand in 1999, SP Ahmedabad Rural in 2001, DCP Zone II and III of Ahmedabad City in 2002, DCP traffic of Ahmedabad City in 2004, Additional CP Traffic of Ahmedabad City in 2005, Additional CP Range I of Surat City in 2007, Joint CP Range I Surat city in 2008, IG Security in 2009 and IG CID & Intelligence Bureau in 2010. The most significant turn in his career came when he was chosen to establish the first Police University of the country, “Raksha Shakti University”, a flagship project of Government of Gujarat. He immensely contributed in the successful establishment the university in 2010 in the capacity of Dy. Director General and continued to work in this capacity till 2016, when he was elevated to the top position of Director General of the Raksha Shakti University. Under his leadership, the university has garnered pivotal position in internal security academics & research.