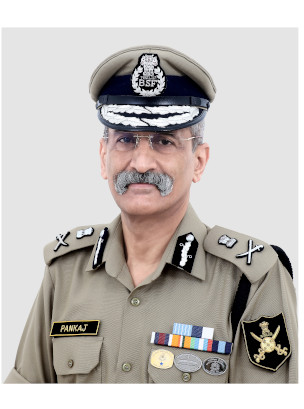 Pankaj Singh (born 19 December 1962) is the 29th Director General of BSF and an Indian Police Service officer serving the force since 1988 as the Superintendent of Police, CID, CB of the Rajasthan Police, Jaipur and as IG Ops CRPF. He did a one year deputation to United Nations "Police Mission in Bosnia and Herzegovina" in 1997-98 and headed the Induction Training Session there and where he represented the UN and went to 3 countries in South America- Argentine, Uruguay and Chile to select officers from these countries for the UN Mission in Bosnia-Herzegovina. He has served the CBI and the NDC as well.

He has been decorated with several DG's Discs and commendations. He also got awarded with UN Peace Medal (Bar), Police Medal for Meritorious Service and President Police Medal for Distinguished Service.

He has authored a book, "Journey to the land of Shiva" and published several articles.