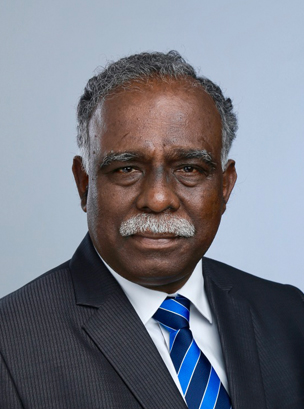 Air Marshal M Matheswaran was the Deputy Chief of Integrated Defence Staff (IDS) at Head Quarters, IDS until his retirement 0n 31 Mar 2014. He was responsible for Policy, Plans and Force Structure development of the Three Services, including budget analysis, Acquisition, procurement and technology management. He was responsible for formulating the long-term and short-term integrated defence plans. Air Marshal M Matheswaran was commissioned in 1975.

He is an alumni of National Defence Academy. His academic achievements include Master’s, M Phil, Ph D in “Defence and Strategic Studies” (University of Madras) and a Post Graduate Diploma in Financial Management. He is a Senior Fellow of Executive Education Program on National and International Security, Harvard University- John.F.Kennedy School of Governance. He is alumni of Defence Services Staff College and National Defence College. He began his military career as a Fighter Pilot and has commanded a Jaguar Strike Squadron. He is also a ‘Fighter Combat Leader’ from the IAF’s Top gun School called TACDE (Tactics and Air Combat Development Establishment) where he later served as Directing Staff and Deputy Commandant. He is an Experimental Test Pilot and has flown over 3200 hrs in 40 types of aircraft including transport aircraft and helicopters. He went on to command the prestigious Flight Test Centre - ASTE (Aircraft and Systems Testing Establishment).

He has held various important Operational and Staff appointments in many different fields, thus acquiring considerable expertise in a variety of domains. Some of these are – Chief Operations Officer of a major airbase, Jamnagar, during “Op Parakram”, Director of Concept Studies, Founding member and Director of Ops in SFC (Strategic Forces Command), Directornof Air Staff Inspection (DASI), Principal Director of Air Staff Requirement. He was the Air Officer Commanding of HQ Maritime Air Operations during 2008-09 and handled the air support activities for tackling the Mumbai terrorist attack of 26/11, Assistant Chief of Air Staff for Operations (Space, Information and Electronic Warfare). He was the Senior Air Staff Officer (SASO), in charge of operations in Eastern Air Command before his last appointment. He is a well-known thinker and strategist in national and international strategic circles.

He study reports on LCA and the Kaveri Engine programmes have resulted in the government taking important decisions on these projects. He has submitted a major study on the Indian Aeronautical sector in March 2014. Post retirement he has taken up the post of “Advisor-Strategy” to the Chairman, Hindustan Aeronautics Ltd. He is now advisor to FICCI on Aerospace and Defence Industry Task Force. He is a member of the Executive Council (Governing Body) of the IDSA (Institute of Defence and Strategic Studies). He is also visiting faculty for Hindustan Management Academy at Bangalore, India. He is Visiting Distinguished
fellow at the ‘Centre for Aerospace Studies’ at New Delhi, India.