Nationwide stakeholder consultations on safety of women and children

Safety and security of citizens is one of the primary concerns and duties of the police. Particularly, women and children face a wide variety of vulnerabilities in the form of sexual violence, exploitation and trafficking and it has been our endeavor to look at existing policies and practices critically and rigorously, identify the strengths and weaknesses in the system, flag the main issues and to help evolve evidence-based and effective policies towards enhancing safety of women and children.

The Indian Police Foundation has been holding a nation-wide series of stakeholder consultations on strategies to improve safety of women and children. These consultations are intended to construct a credible and evidence-based, set of SOPs, strategies and action plans for the police and a draft policy framework for consideration of the Central and State Governments for better safety and security of women and children. The outcome document will also aim at setting and recommending standards of policy, identify areas for further research and documentation as well as a roadmap for training, sensitization, capacity building and empowering of field police personnel.

The country has been witnessing an alarming wave of sexual assaults and crimes against women and minor children. Several horrific instances of gang rapes and other forms of brutal acts of violence on women have rocked the country, prompting widespread outrage and public demonstrations of anger. However, there are no signs of abatement, even as the brutality of sexual assaults and trafficking continue to rattle the conscience of citizens across the country.

We are aware that many State Police organizations have launched proactive and forward-looking steps to prevent and combat crimes against women and children. However, while some States and cities have evolved very effective strategies and succeeded in institutionalizing these innovations, such strategies remain sporadic and inconsistent in many others.

The Indian Police Foundation believes that any credible strategy to enhance the protection of women and children may require a rigorous, nation-wide review and evaluation of existing tools, practices and protocols -- to determine what works and what does not, and if necessary, suggest a fundamental rethinking of the traditional approaches. In this process, we should be able to learn from the good practices adopted by some States and spread them elsewhere, after due processes of empirical evaluation and validation.

There are also questions about the training and sensitization of police personnel across India. How sensitive is the policeman to the circumstances of the rape victim? How is he equipped to carry out his functional role as required under the rule of law? It is necessary to prepare the field police officers and investigators to develop the professional and forensic skills to deal with the crime and bring the offenders to justice on the one hand and to deal with the woman victim with empathy and dignity on the other - keeping in mind that the victim has been violated beyond measure, and ensuring that she is not further traumatized as an object of shame or dishonor, as often happens in our society.

Aims and objectives of Stakeholder consultations

The project is a partnership between IPF and the respective State Police organisations, to understand current levels of preparedness and response systems, to identify the good practices, and the practical challenges involved in preventing and combating crime and sexual violence. These are in the shape of collaborative stakeholder engagement – which are attended by police officers, NGOs, activists, academic scholars, students, lawyers and civil society representatives. The aims and objectives of the proposed Stakeholder Consultations are: 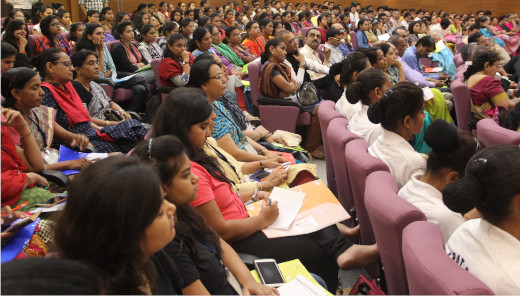 Stakeholder consultations have already been conducted in many cities in the country including Mumbai, Bengaluru, Hyderabad, Lucknow, Ahmedabad, Pune, Bhubaneswar, Shillong and Panchkula. These Consultation Seminars have been held in partnership with the respective State Police organizations, Government Departments and civil society groups. These events have generated considerable enthusiasm and were attended by the respective DGPs and other senior police officers, NGOs, academics, senior members of the judiciary and senior political leaders. In many States, the Chief Ministers themselves were the Chief Guest, while in some other States the Deputy Chief Ministers or Home Ministers attended.

Following the onslaught of the pandemic, we had to suspend the stakeholder consultations in some of the States. The Indian Police Foundation now plans to resume the project and hold similar conferences in all remaining States in the country, to enable us to prepare the policy recommendation document on the subject.

As mentioned above, these consultative seminars involve structured discussions with the police leadership, prosecutors, lawyers, women’s rights NGOs, Child rights activists, and those who represent working women in the organized and unorganized sector, for studying the problem and the police-led initiatives closely. The consultations conducted so far have generated tremendous levels of awareness among all stakeholders - policy makers, political leadership and NGOs as well as the police, bringing valuable insights for policy making, practice and research.

Sate / City Police organizations interested in holding the Stakeholder Consultations in their respective States / Cities may please get in touch with us at: discussions@policefoundation.in