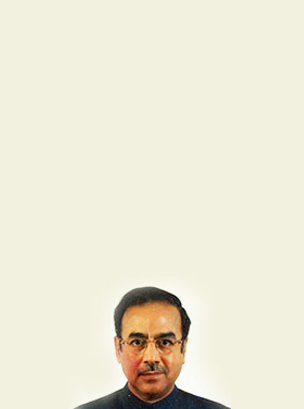 Shyamal Dutta has a degree in MA in Political Science from Calcutta University. He joined the Indian Police Service in 1965 with West Bengal as the cadre. After serving districts of Coocbehar, Jalpaiguri and Darjeeling as the Superintendents of Police and Deputy Commissioner in Calcutta Police, joined on deputation, the Intelligence Bureau, Govt. of India, New Delhi, as Assistant Director in January 1979. Served in different analysis desks before becoming the Station Chief of the Bureau in Bihar at Patna. He took charge of the Special Protection Group (SPG) as its Director in September, 1994 before returning to the IB as Addl Directorin 1997 and becoming its Special director the same year. He assumed charge of the office of the Director, Intelligence Bureau, Govt. of India, New Delhi, 1998 to ultimately retire in May 2001. He became the governor of Nagaland in 2002 and completed his office in 2007.  He was the recipient of Indian Police Medals for meritorious and distinguished services.