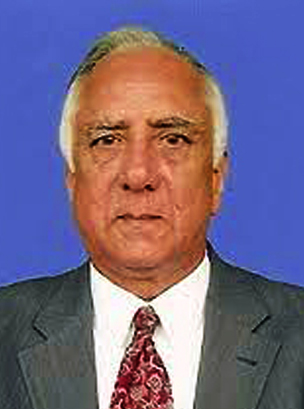 Padma Shri Gurbachan Singh Jagat joined the Indian Police Service (IPS) batch of 1966, Punjab Cadre.  During his brilliant and distinguished career, he held several important charges in the field, Intelligence, Security and Police Administration. He was handpicked to be DGP of J&K, which position he held from February 1997 to December 2000. He served as DG BSF from December 2000 to March 2002.

Jagat was appointed Member of the Union Public Service Commission (UPSC) during the period August 2002 to March 2006.  He was Chairman UPSC from April 2006 to June 2007. He was Governor of Manipur from July 2008 to July, 2013.  He held concurrent charge as Governor Nagaland during the period from July to October 2009.

Currently serving on the board of trustees of ‘The Tribune Trust’. (The Tribune is a leading daily of the region established in 1881, and the trust is a non-profit organization).  Jagat has been recipient of several national honours, awards and medals including:

Gurbachan Jagat was recently elected as Chairman of Indian Police Foundation.  He assumed this position on June 30, 2022.